Absolute honour to co-host Diana Robertson and her husband Kevin, the fourth generation descendants of the nineteenth century iconic architect FW Stevens, along with Anita Rane-kothare, head of department of Ancient Indian Culture, St Xavier's College, in Mumbai. It was Kothare who got in touch with her and connected her with the city. It was Diana's very first visit to Mumbai and she was very sentimental to see that Stevens is so much respected and remembered in Mumbai even today. (Read her visit details HERE)

The event was jointly conducted with the co-operation of Central Railway chief PRO Narendra Patil and his team. Also thanks to Pheroza Godrej, Bharat Gothoskar of Khaki Tours.

It was a privilege to receive a memento at the hands of Pheroza Godrej at the event.

For the uninitiated FW Stevens or Frederick William Stevens is the architect of Victoria Terminus- today Mumbai CST, a UNESCO-listed World Heritage site, the Mumbai Municipal Head Office, the Western Railway Churchgate Head Office (formerly Bombay Baroda and Central India Office), the Sailors Home, what is today the Maharashtra Police Headquarters and many more in Mumbai.

Stevens received various honours. He was made a Companion of the Order of the Indian Empire "for services rendered in connection with public buildings in Bombay," and gained medals for his designs in exhibitions held in Bombay in 1872 and 1879, as well as becoming a Fellow of the Royal Institute of British Architects.

He was only 52 when he died of malaria at his home in the Malabar Hills in 1900, and was buried in Sewri Christian Cemetery, where his grave carries the inscription, "In loving memory of Frederick William Stevens, born May 11th 1847, died March 3rd 1900." Diana also broke down at the cemetary during the visit on April 20, 2017. A few photographs. 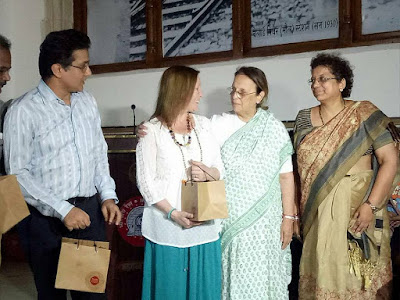 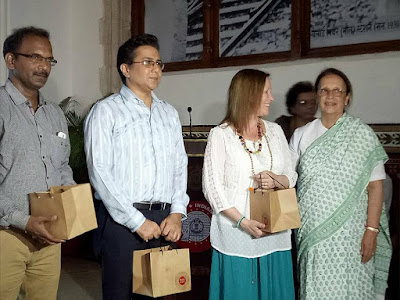 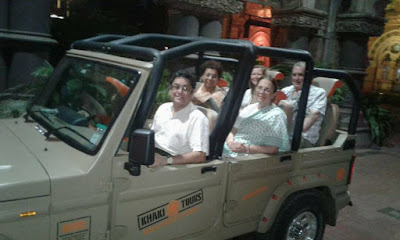