In 2019, on the birthday of Indian Railways that is April 16, while some heritage hunting at Khar Road station on Mumbai division of Western Railway, I had found these relics of the old Bombay Baroda and Central India Railway (BB&CI Railway) 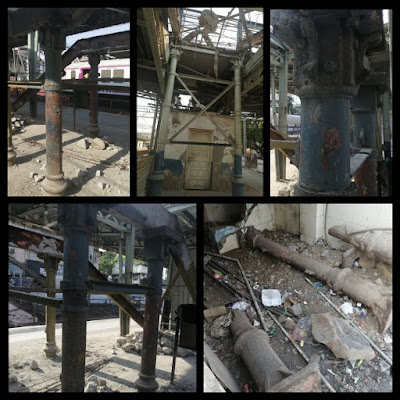 As per records available, Khar station was set up around July 1924 when the Bombay Development Directorate was promoting suburbs in a big way to decongest the island city. The Khar scheme was to be sold to potential buyers and a railway station was a great selling point. After a delay of about a year, the station opened in the monsoon of 1924.

The finding that one sees in the adjacent photograph is that of a few remains of the old iron bridge that was originally in place. This platform is today used by harbour line trains. The bridge had to go as the station expanded to more platforms and the layout of the station changed. (Original Tweet) 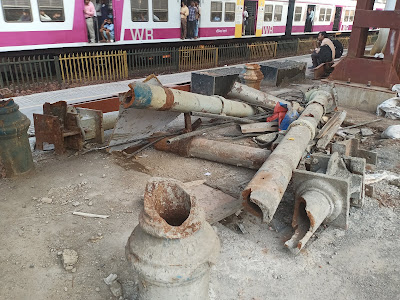 On November 14, 2019, I found these relics gone for ever as they had made way for a new staircase. The adjacent photographs are of the same site.

Practically, it was not possible to save them in situ given the crowd at the station and the pressure to build new bridges to offer easy connectivity. The best thing was to document them going and so here are their final pictures.

The Bombay, Baroda and Central India Railway (BB&CI) was a company incorporated in 1855 to undertake the task of constructing a railway line between Bombay and Vadodara in India. BB&CI completed the work in 1864. -- (Pics & text Rajendra B. Aklekar, Mumbai.) 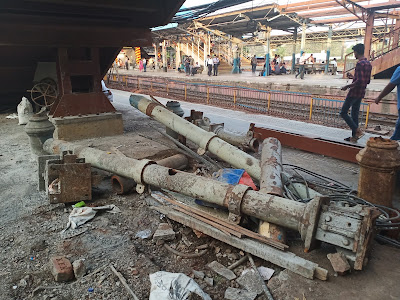 East and West India. The AH Wheeler's railway book stall at Howrah (above) and Mumbai Central (below). 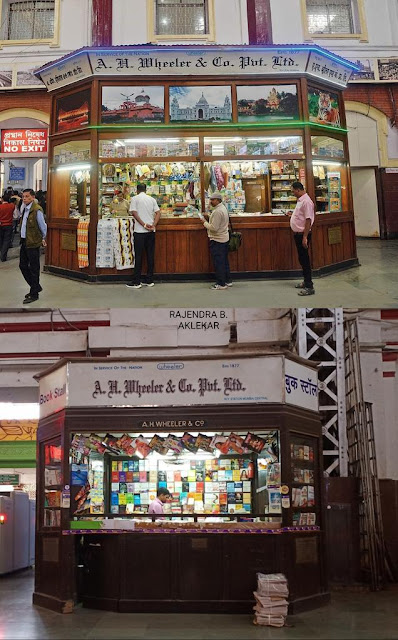 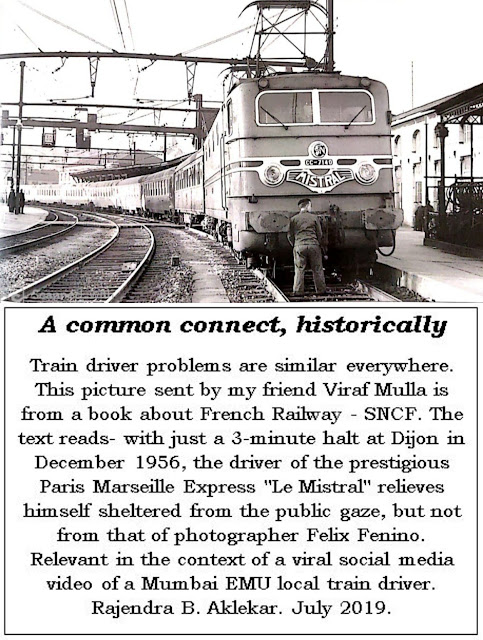 FIRST LOOK! Announcing my third book with Rupa Publications The book weaves together anecdotes from 1830s to 2019, taking the reader on a thrilling ride of over two centuries on an 'express' time machine. Enjoy!!! Pre-orders here: https://www.amazon.in/dp/9353332877/ref=cm_sw_r_cp_apa_i_bSe8CbA7B5WRB 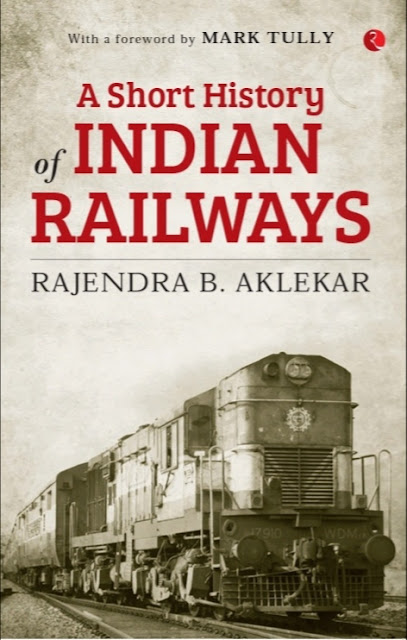 The slow death of all the exquisite features of the original British design on India's first railway line. The new standard roof design does not have such finesse. 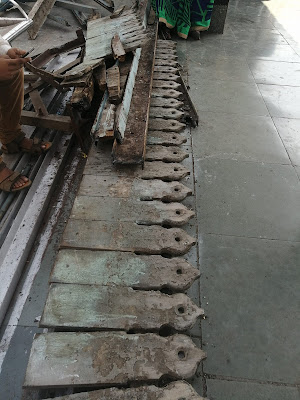