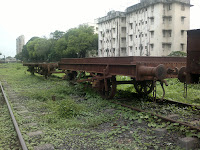 Rajendra Aklekar
Mumbai: A rare set of century-old wagons, which were a part of cargo exchange with old British steamships, have been lying abandoned at the Mumbai Port Trust rail yard and could be one of the oldest ones in the city.
Railway officials said the four-wheeled old wagons belong to an era before the port trust lines were commissioned, and could be a part of the old British railway companies that operated in Mumbai then.
According to the book, The Port of Bombay — A Brief History, issued by the trustees of the Port of Bombay to mark the first centenary of Bombay, the port railway was commissioned from January 1, 1915. The port trust lines were not just used for conveying cargo, but also carry passengers and troops during wartime. 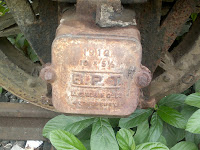 “1912 was the time when the docks were not yet completely developed. It was a time when cargo was ferried from and to British steamships and the port rail lines were its sole linkages,” said city historian Deepak Rao.

A scheme for construction of a port railway was first mooted in 1894. However, the project was later referred to a commission of inquiry headed by Sir Arthur Trevor in 1900, who recommended a line from Kurla to a goods depot at Mazgaon, with a connection to Mahim and linkages to the Prince’s and Victoria Docks, with a yard at Wadala. These wagons too were lying at the same yard. 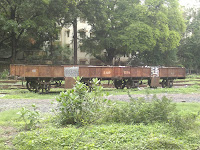 “I think they can be preserved as national heritage. These wagons have been a part of history and witnessed the changeover of the city. I shall try to get the attention of the Mumbai Port Trust chairman and see what can be done,” said Prakash Binsale, former trustee, Mumbai Port Trust. 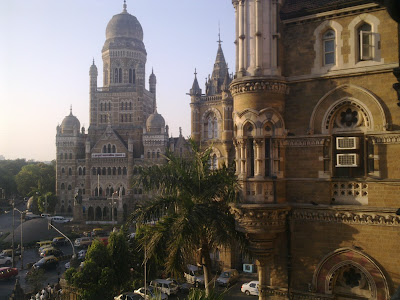 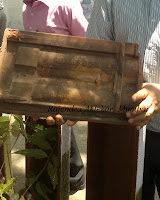 By Rajendra Aklekar, Mumbai: Officials of the Central Railway, the country's oldest railway line, have found treasure in their junkyard.
A team of Matunga workshop officials, while going through the junk at yard, stumbled upon old Manglorean tiles which date back to 1853, making them the oldest rail relic ever of Indian Railways. The first train in had run in 1853.
"We have also found a 1930s diesel-fired Morris fire engine and rail bogies of the old era. We have set up a small heritage gallery of all these items inside the Matunga workshop," Jogendra Yadvendu, deputy chief materials manager, carriage and repair workshop at Matunga, told DNA.
Manu Goel, executive director (heritage) railway board, in said, "This is an interesting piece of news. We will surely check them out."
The oldest surviving relics on Indian Railways as of today include a steam locomotive called Fairy Queen dated 1855.
These tiles have inscriptions of Alvares and Company, Mangalore. The company was named after Simon Alvares who had bought it in 1878. The Manglorean tile industry dates back to that era and was first set up at Jeppo, Mangalore, in mid 1850. The raw material for the tiles, namely clay or feldspar, was abundantly available on the banks of Netravati river.
Companies back then were known to manufacture tiles with special features, during their preparation in gas-fired kilns and with salt glazes, that would make them last longer. Tiles were transported throughout , British East Africa, , , Sumatra, Borneo and .
The earliest buildings of the railways had tiled roofs, and Manglorean tiles were a common part of rail infrastructure back then. Recently, during the restoration of Mumbai CST, officials had found similar Manglorean clay tiles, dated as early as 1865 and manufactured by Basel Mission Tile Works with its stamp on them.
"The fire engine was to be scrapped, as were the other bogies, but we took them over and restored them. Another interesting feature on display is the signal lamps that were used in the olden times," Yadvendu said.
Posted by Unknown 3 comments: 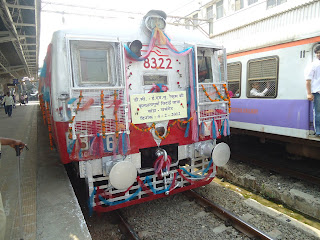 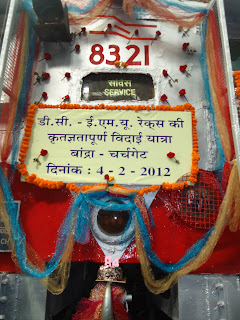 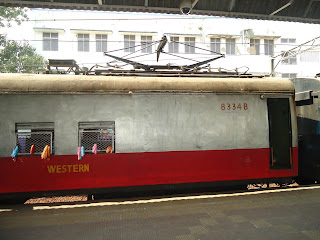 The pantograph and the motor coach 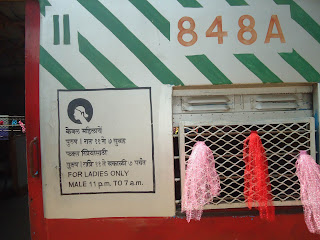 The old signages and Jessop windows 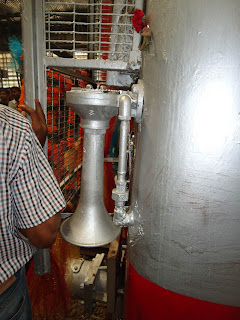 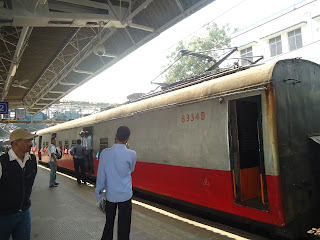 The motor coach, once again 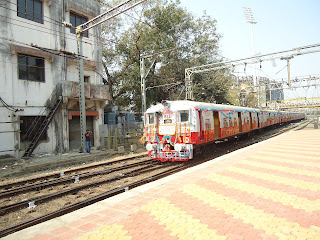 Bowing out of Churchgate station, for ever... 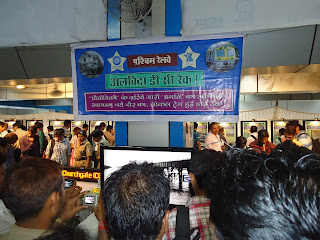 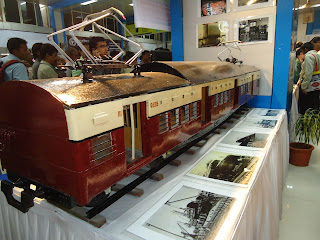 The model of an older rake at the exhibition on the occasion.