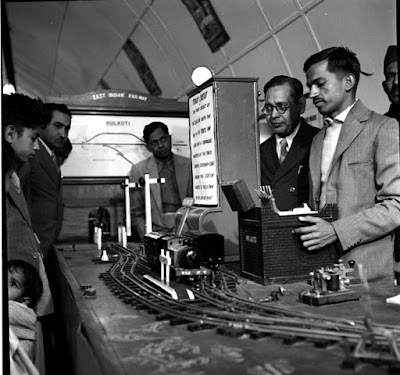 An exhibit of signalling and track switches of an East India Railway Station on display at the Roorkee Engineering Exhibition, November, 1949. Coutesy: PhotoDivision India.

This man is such an inspiration at his age. Always a pleasure to catch up with when he is in Mumbai. 93-year-old railway historian Srinivasa Venkatraman from Chennai India is doing his fourth book and has been moving across the country to do his research. On Tuesday, he spent the day at the Maharashtra State Government Archives in Mumbai doing his research.

Was lucky to catch up with him for an hour talking about trains and railways. 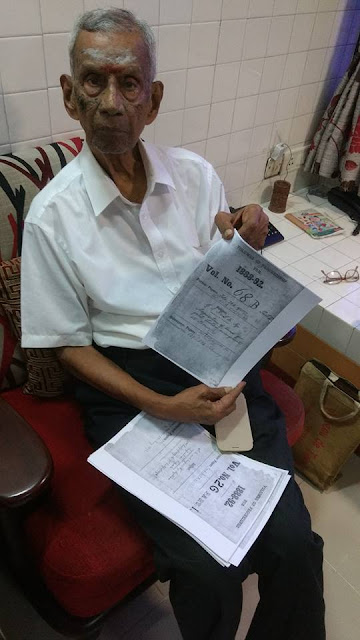 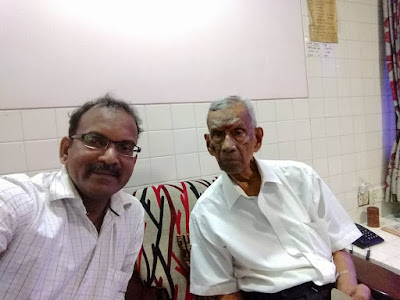 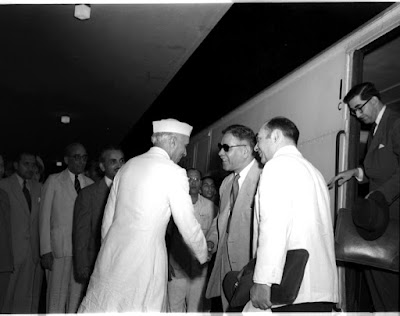 Among others seen in the picture are: H.E. Dr. Najibullah Khan, Afghan Ambassador to India and Shri I.S. Chopra, Chief of Protocol, Government of India (extreme left) 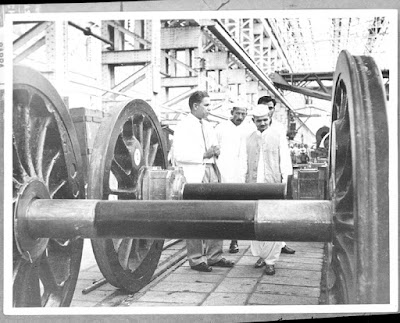 Noticed this at Dadar station Mumbai yesterday. Replica of electric tram and its history. Need more such initiatives. 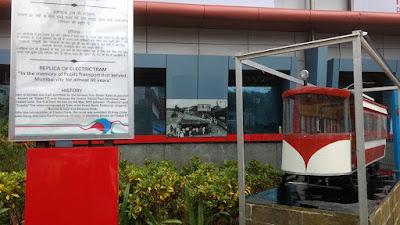 Electric loco for India's Eastern Railway gets ready at Liverpool

A 3,120 HP loco, one of the 1st 3,000 Volts DC locos supplied to Eastern Rly, gets ready for loading at Liverpool, England. Courtesy: Photo Division. India. 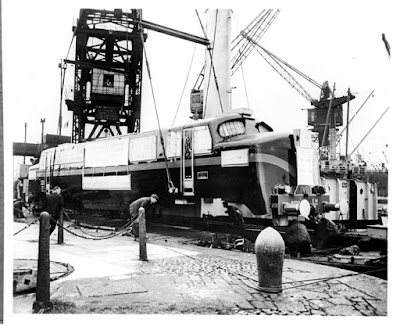 The first “Annapoorna” Rail Dining-Car, which ran between Delhi and Dehra Dun, was opened by Lal Bahadur Shastri, Minister for Railways and Transport, Government of India, at the Railway Centenary Exhibition in New Delhi, on March 15, 1953. Photo shows the Minister for Railways and Transport with Lilavati Munshi, Vice-President of All India Women’s Food Council, inside the Dining-Car. Thks Photo Division 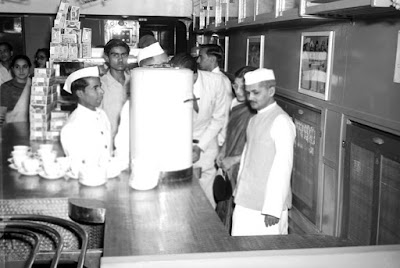