What a day today! They say life comes a full circle and was a witness to the momentous event today when the Sir Leslie Wilson or EF/1, India’s first electric freight locomotive class that was introduced in 1928 returned home at Mumbai CSMT or formerly Bombay Victoria Terminus station.

I say home because the engine was in active service till 1992 and had spent its lifetime here and after retirement shifted to Kalyan electric loco shed. The engine has now been brought here to be a part of the ‘Heritage Alley’ on World Heritage Day 2018 and will be on permanent display. Sir Leslie Orme Wilson was the Governor of Bombay in 1928 who inaugurated the loco and hence named after him.

It was transported by road, splitting it into three parts that were later assembled here. It features the original livery of India’s first railway company, the Great Indian Peninsula Railway, now Central Railway. EF/1 20067 is one of the two remaining of the class, the other one being at National Rail Museum in New Delhi. 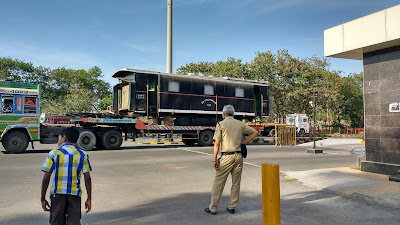 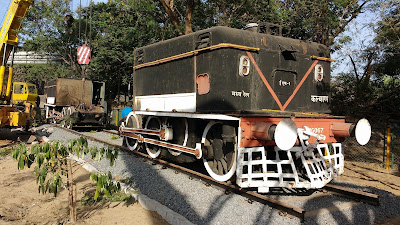 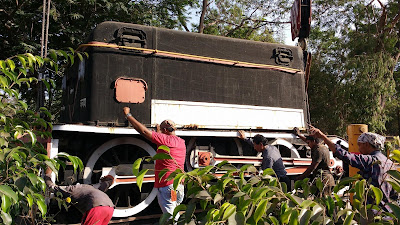 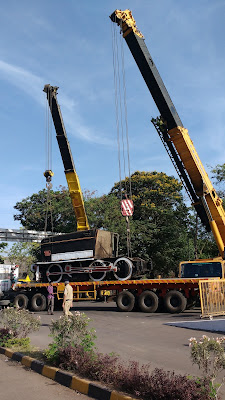 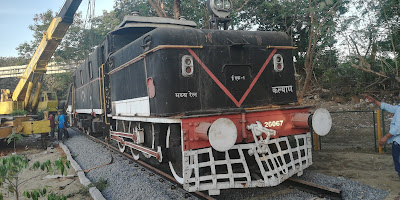 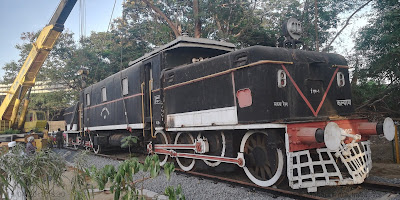 Posted by Rajendra B. Aklekar 3 comments: Links to this post

Preparations of #worldheritageday at Mumbai CSMT on @Central_Railway A steam crane, a stone crusher, an antique printing machine and the country's first electric loco. The heritage alley will be open for permanent display from the evening of April 18, 2018. 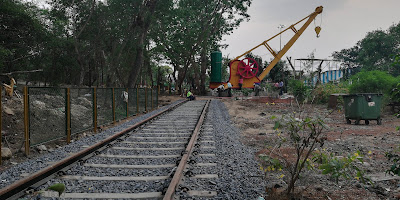 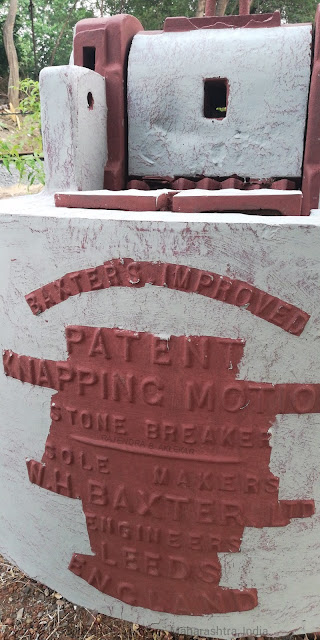 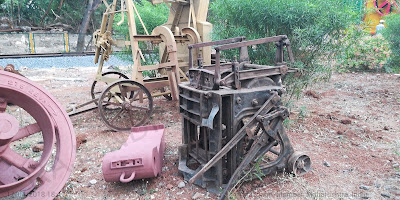 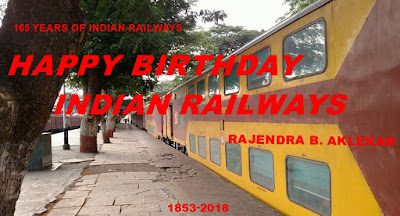 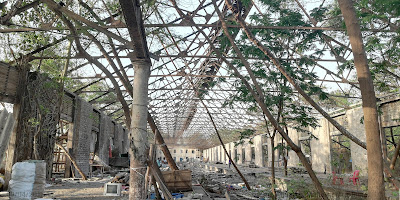 It has been an end of an era. One of the oldest existing station platforms in the Mumbai CSMT station, formerly Bombay Victoria Terminus, precincts -all with cobblestone flooring, cast iron pillars, teak wood doors and interiors, belonging to the time of India’s first railway company -- the Great Indian Peninsula Railway—was finally in the process of being brought down for newer railway projects.

Railway authorities promised to shelve whatever they could from this old station and make it a part of the heritage gallery and proposed alley. 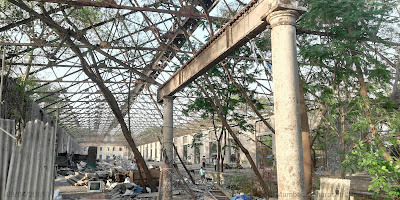 Known as Carnac Bunder siding, the station had been virtually untouched by railway authorities for decades but still standing sturdy.

The entire station platform building with a steam crane at one end had been almost stuck in a time warp.

The railways have now repainted and reviving the steam crane to be a part of a heritage museum, but the old station is being lost. Sources said it was all in active use till the 1950s. 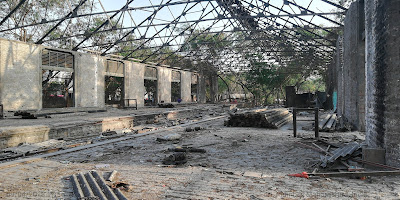 If old and new maps of the area are juxtaposed, these sheds are roughly located on the same site where the goods sheds of the old original Bori Bunder station had been built, before the majestic world heritage Mumbai CSMT building came up.

The site of the goods sheds has remained the same though bigger sheds and platforms were built in the 1890s after the construction of the Victoria Terminus. 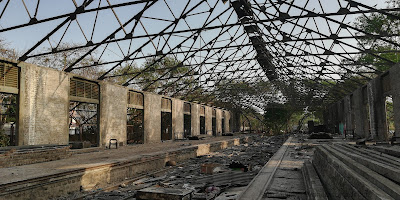 The sheds that one finds today too are old and built in stone, high-pitched roof with antique fittings built with construction techniques commonly used during the later part of the 19th century, including teakwood furnishings, large metal straps used to bind the six-framed huge doors, windows and vents, old tracks with cast iron sleepers. 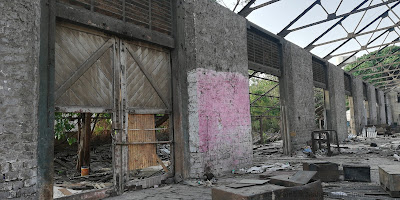 The one adjoining P.D’Mello Road, platform number one, has several bays at right angles for ferrying cargo by road transport vehicles and the second one facing the west  resembles a godown.

The entire platform is of cobble-stone flooring and once had various scales, sunk in pits, now most of them removed.

A rotten wooden board in one corner of the west-facing platform says Ludhina fast or ordinary service and scale number one, platform number two...the rest details are not legible, a legacy of organized cargo transport by rail. 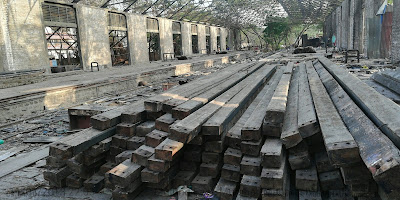 City historian Deepak Rao lamented the fact that one by one old relics were being lost but appreciated the railways that they had agreed to save a few older relics. “The docks and rail have a glorious transport history in old Bombay.

These were the places which once brought fortune to the city,” he added.

Chief Public Relations Officer Sunil Udasi told Mid-Day the Central Railway team will try and save as many old relics as possible from the old station siding. 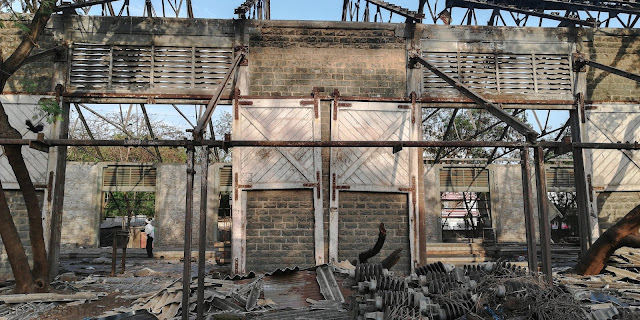