One of earliest trains on Thane bridge!

Here's the actual pic of earliest train on Thane bridge. The famous one below is of Harris Bridge near Pune #IR163 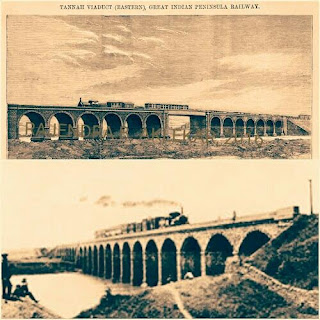 Here are 16 fascinating points about it from my book Halt Station India. 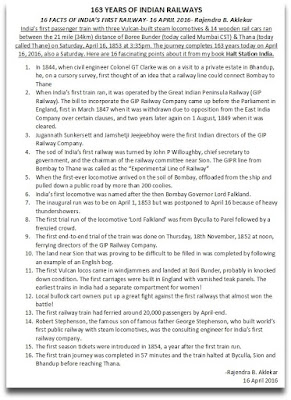 Another relic along India's first railway line pulled down


Sigh! A relic along Indian Railways' first railway line goes down. Old stone cabin Kurla station on platform 1 demolished to make way for a public utility. Not that it was a part of the actual first line, but definitely along the original route of the G.I.P Railway, the country's first railway company and belonging to that era, a cute little stone structure. The first black/white pic in the collage is a shot of the same cabin as featured in the 1974 Hindi film '27 Down' directed by Awtaar Krishna Kaul. 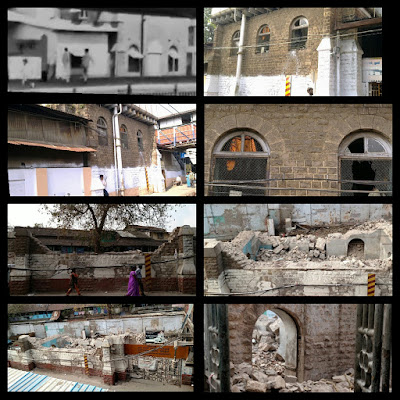 A historic ride and War of Currents on Indian Railways

A historic ride and War of Currents on Indian Railways 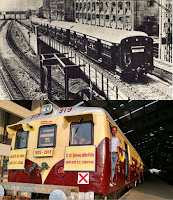 Inventor Nikola Telsa finally won over Thomas Alva Edison in the war or currents on Indian Railways and the midnight of April 9-10 was a historic one for rail fans and followers of Indian Railways.

The story goes that in the late 19th century, inventors Thomas Alva Edison and Nikola Tesla battled over which electricity system—direct current (DC) or alternating current (AC)–would become world standard. Their battle was termed as the ‘War of the Currents’. While Edison, who developed the world’s first practical light bulb, phonograph, the motion picture camera, championed the direct-current system, while Tesla pushed for the alternating-current system, which could be distributed over long distances much more economically than DC.

Archives state that the India’s first railway company, The Great Indian Peninsula Railway, that also ran the country’s first main-line electric train in 1925 (Trams and industrial locos had already been running by then) chose Edison’s 1500V Direct Current for its higher start-up power and easy speed control with various combinations. It was in 1956 that the shift happened to Telsa after a study and recommendation by S.N.C.F, the French government railways to adopt 25,000V AC single-phase traction as a standard for Indian Railways to meet the challenge of the growing traffic. The power mode was switched over in phases since then and the original line where it all started became the last line in the country for the switch-over. 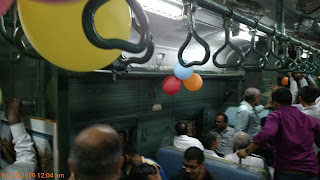 The last Direct Current train on the mainline of Indian Railways ran between the 16-km distance of Kurla and Mumbai CST stations on the midnight of April 9-10, 2016. The train was welcomed with live bands, dance performances and celebrations at most of the stations on the route. The journey of India’s first electric train had started on the same route and it ended at the same station, Mumbai CST where it had all begun 91 years ago. The special last train, with the General Manager Brigadier Sunil Kumar Sood, senior officials, media, rail fans and invitees, departed Kurla at 1130pm on Saturday, April 9, 2016 from platform 8 at Kurla suburban station and reached Mumbai CST exactly at 12:22am on Sunday April 10, 2016 as I photographed, video-graphed and live-tweeted the entire event with pics on my account @rajtoday. It was indeed a matter of pride and honour to be a part of the historic last DC train journey on the mainlines of Indian Railways. DC traction, however, continues to remain on the Kolkata Metro, a zone of Indian Railways, which is powered by a 750V DC third line. 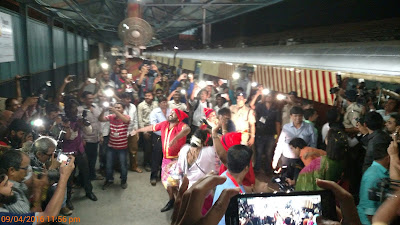 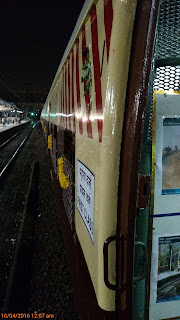 It was 91 years ago on Tuesday, February 3, 1925 from Victoria Terminus, now UNESCO-listed Mumbai CST, that the India’s first mainline electric train, with DC power, had been flagged off by Bombay Governor Sir Leslie Orme Wilson (Governor-Dec 1923-March 1926) from platform 2. The last DC train on Sunday, April 10, 2016, that was piloted by motorman Anupam Dongre, arrived at platform one, to be welcomed by the Divisional Railway Manager and his team, in the presence of two Members of Parliament Arvind Sawant and Rahul Shewale.

The DC-diamond pantograph went down for one last time and the ‘dead‘ train was towed away by a shunter loco, a few minutes’ delay happened during coupling due to jammed knobs, as if the DC train did not want to leave service and Mumbai CST the last time so easily. 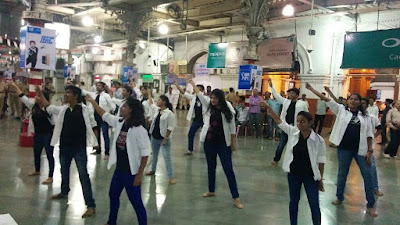 As the train reached Mumbai CST to a live band by Central Railway team in uniform, there more dances and performances at Mumbai CST and a was a small formal function at the Star Chamber, the glorious FW Sevens designed booking hall, with screens of the control room and the switchover. The magnificent building remained lit throughout the night.

Earlier in the day, I had started my journey from Sanpada carshed where I joined the other rail fans to decorate the last DC train that was being prepared for the journey. The ‘Art Deco’ Jessop-series 319 train had been chosen for the journey and painted over in the original standard brown-yellow colour that had been the signage of Mumbai trains over the past ninety years.


The Central Railway had come out a plan to sell tickets for Rs 10,000 per seat for a ride in the historic train so the train really had to look good. But at the end of the day, no one turned up to buy tickets and invitees and general public joined the event, giving it a true Mumbai colour. While the whirring sound of the motor coaches and other features of the old train that I have grown up with will be solely missed, one physical feature that will go missing for sure is the DC diamond-shaped pantograph. Adieu DC trains! 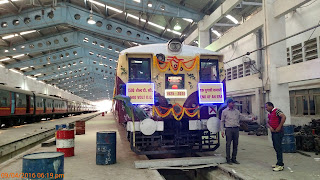 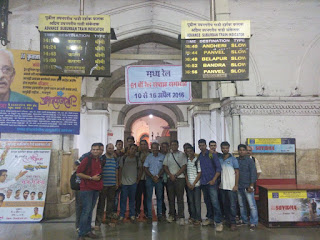 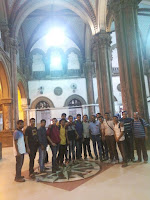 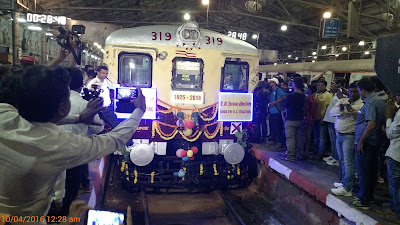 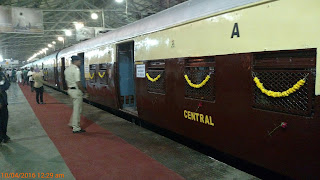 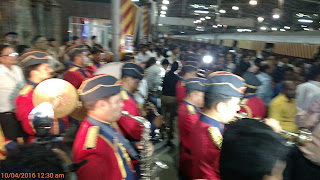 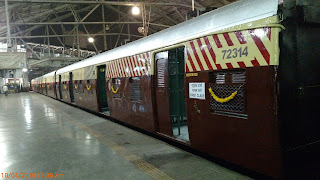 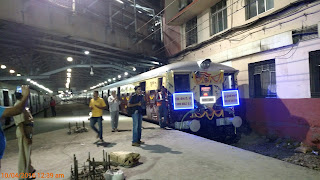 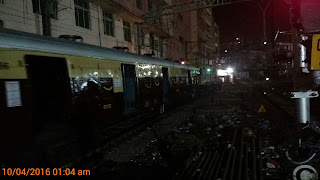 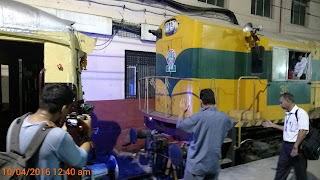 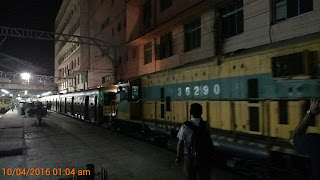 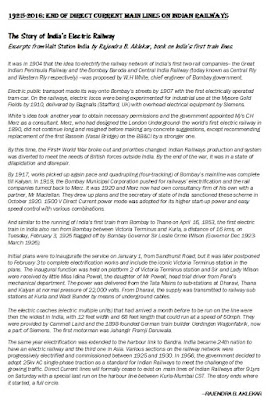