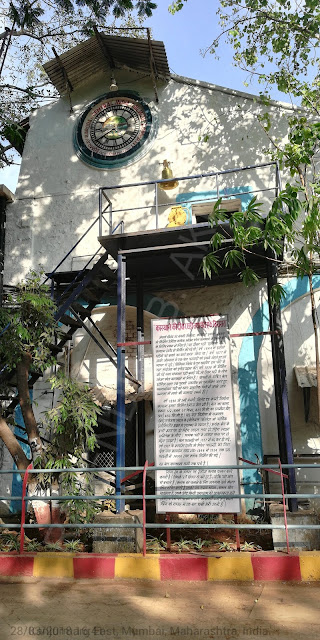 Rare Gem: The Western Railway has a remarkable and elegant fully-functional mechanical clock tower set from 1890s with a bell and fire alarm at its Lower Parel workshop in Mumbai.


The Western Railway has traced the roots of one of its old and functional tower clocks at Lower Parel workshop and found it to be a rare one, possibly the only such large one from 1890s manufactured by England-based Gillett Johnson company. It is functional on its own energy which is bound in brass weights and operated by mechanical pulleys.

Western Railway officials said that the clock has been functional since the day it had been installed and when we found out about its origins, we found it to be a rare piece on Western Railway, Mumbai and such a piece of functional tower clock is nowhere else in Mumbai division. The clock has markings of the old Bombay, Baroda and Central India Railway (BB&CI), which is now called Western Railway.

Workshop employees said that such a rare functional clock working on mechanical principles is a novelty for the present generation and we sometimes get school children here to show its functioning. 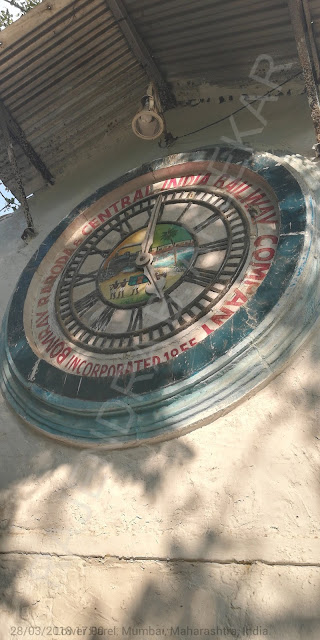 Officials added that the heritage clock was manufactured in the year 1889 and is located at prominent locations on one of the oldest tower sheds at Lower Parel workshop. It has been made at the manufacturing base at Union Road Croydon, England, which  started making clocks from 1844.

The heritage clock set also has an old tune bell manufactured at the same factory in 1890. The firm had successfully revived an old technique for tuning bells to themselves by shaving the bell interior to bring the bell’s natural harmonic series in tune with itself. The cast number of the bell is 122, weighing 57 kg., having a dia. of 425 mm. and height of 430 mm.

The heritage clock works mechanically using gears. Its metal spring stores energy required for running the clock. The mechanism is compact, robust and simple which requires no maintenance. The spring is wound once a week for providing energy to run the clock. 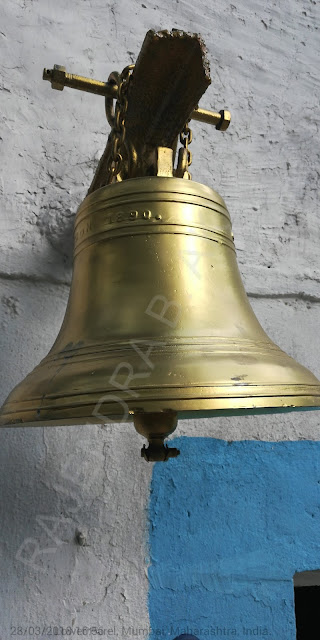 Below the clock and the bell is a rare fire alarm system, again operated mechanically, which sets alarm in case of a blaze.

This makes it a complete set of functional 19th century equipment with the tower clock, an iron bell and a mechanical fire alarm.

"We have maintained all these heritage assets with utmost care and meticulous maintainence. The clock needs to be given a key once a week and then it runs on its own," Western Railway Chief Public Relations Officer Ravinder Bhakar said, adding keeping such rare artefacts alive is very important and Western Railway always is always ahead in it.


The clock which is one metre in diametre works with mechanism on brass components to avoid corrosion. It has a rope of brass wire with 5kg weight with brass pulley tied with a counter weight of 29kg. 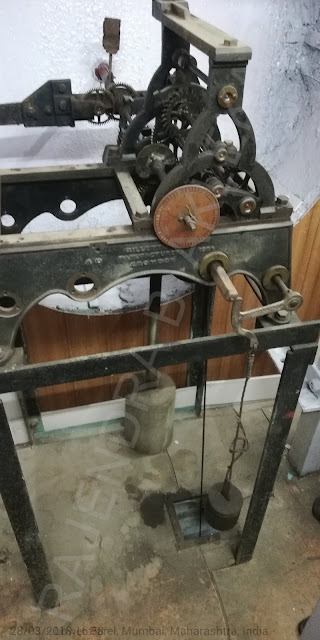 This bell is similar in construction to first quarter bell, second quarter bell and Hour bell available in Mechanical Engineering building of Imperial College, Knightsbridge, Middlesex, London. The bell foundry was close in 1957. The foundry in Croydon, England was demolished in 1997. Croydon site notes how from 1844 to 1954, 14,000 tower clocks were made at this foundry. 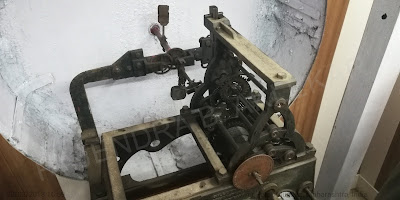 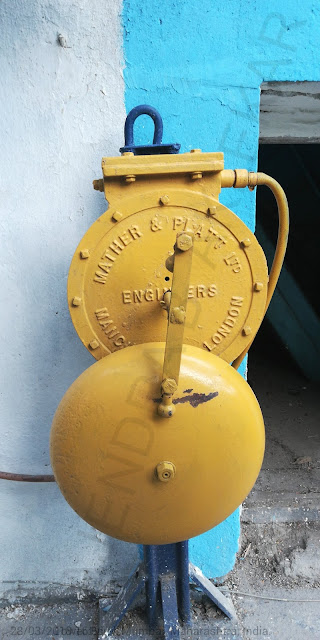 End of an era! Another relic of India's first railway gone! This was at Sewri station, Harbour Branch, Mumbai! 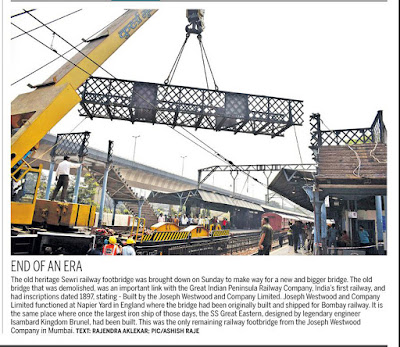 For the record. This was demolished on Sunday March 4, 2018.
Posted by TWJ Team 1 comment: