Am touched by this kind gesture of Additional General Manager AK Srivastava, Central_Railway for my contribution to Mumbai CST Heritage Week. I will only say I just followed my passion and loved every bit of it. Thank you indeed.#CSTheritageweek 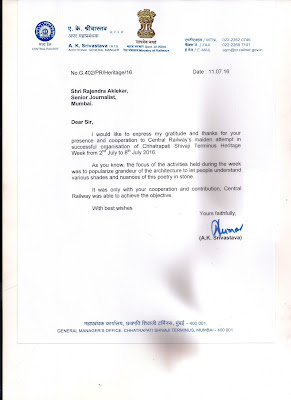 The iconic railway station building had its first Heritage Week — a peek into its history and the trappings, fittings and architecture that make it special, and timeless 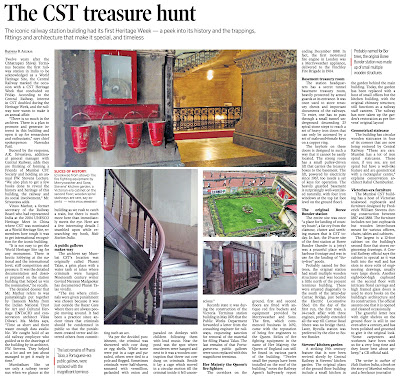 Was honoured to moderate a talk and share stories about the romance of Mumbai, its railway and a bit of cinema with city chronicler-historian Rafique Baghdadi at the dining hall of the UNESCO-listed world heritage site of Mumbai CST railway station on the occasion of CST Heritage Week  on July 5, 2016. Thanks to Central Railway Additional General Manager A.K. Srivastava and also Chief Public Relations Officer Narendra Patil. 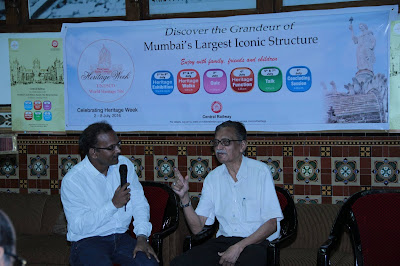 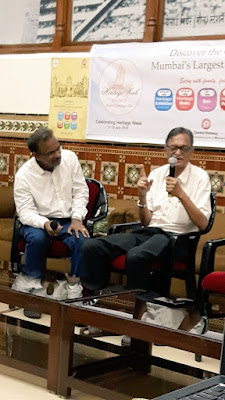 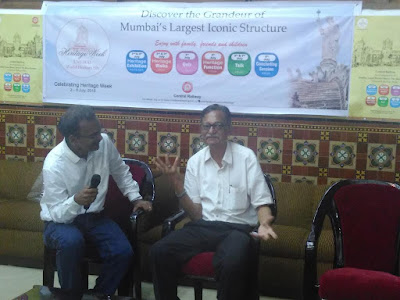 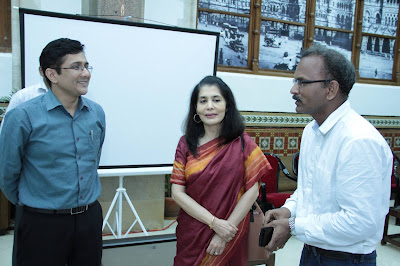 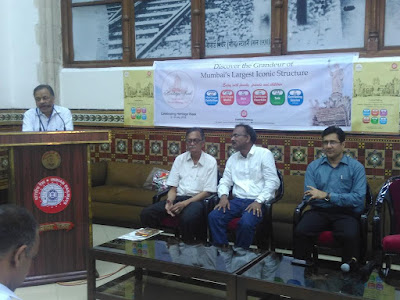 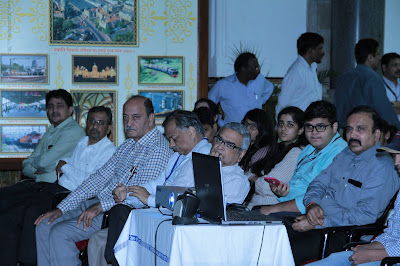 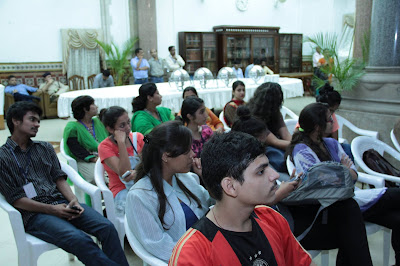 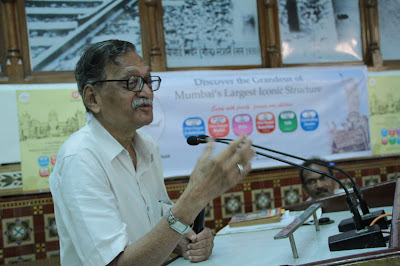 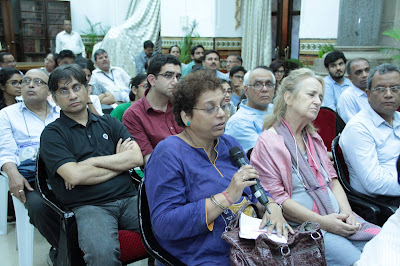 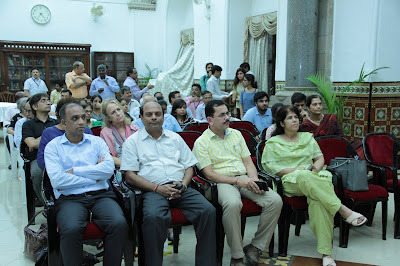 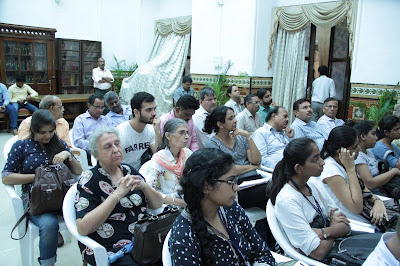 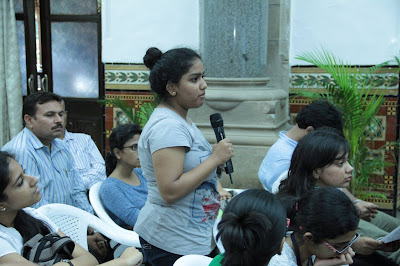 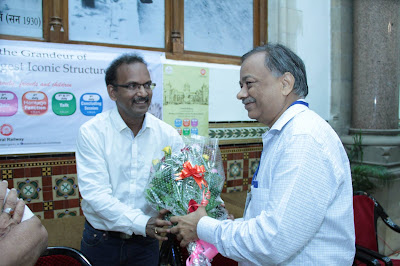 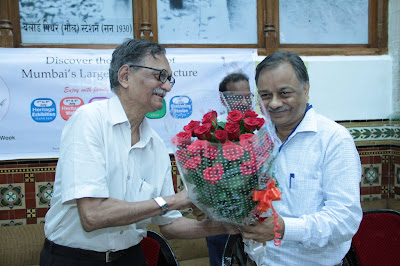 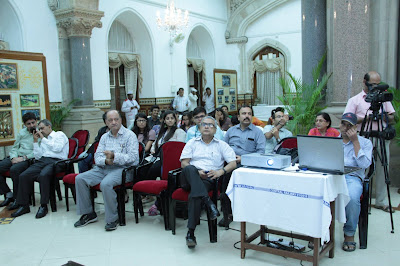 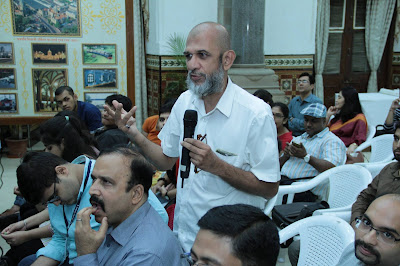 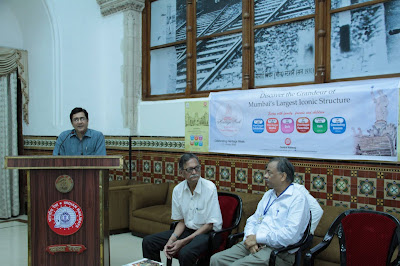 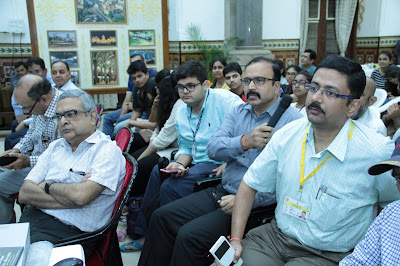 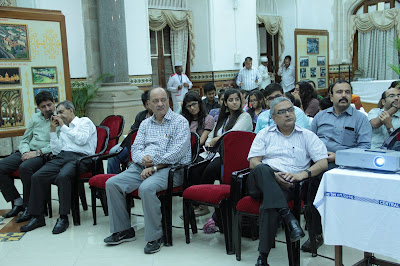 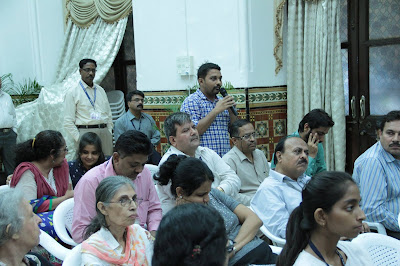 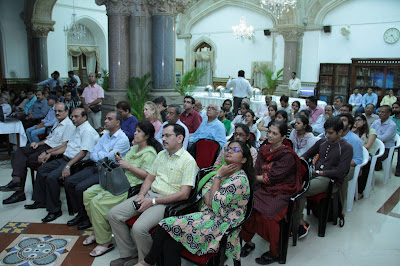 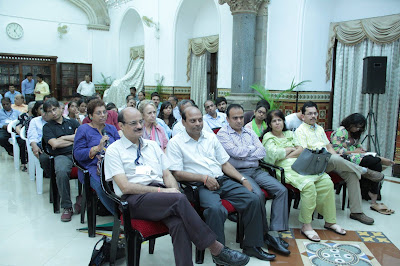 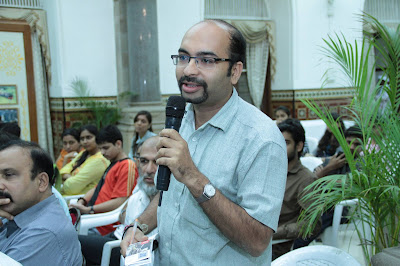 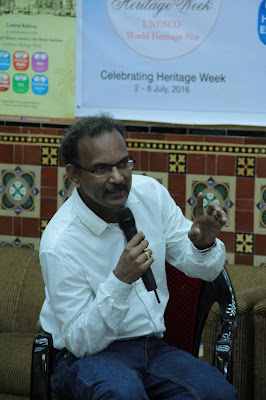 A coup of sorts at Mumbai CST!

It was a coup of sorts at the UNESCO-listed Mumbai CST heritage railway headquarters on July 4. It was a momentous moment on the third day at the CST Heritage Week, a brainchild of Central Railway’s Additional General Manager A.K Srivastava, when he managed to get all the city’s heritage guardians and experts on a single platform to commemorate and conserve Mumbai CST.

To celebrate the iconic railway station, Central Railway has organised a CST Heritage Week between July 2 and July 8 coinciding with the dates when the structure was declared a World Heritage Site.

From Tasneem Mehta, Vice Chairman, INTACH & Managing Trustee & Hon. Director the Bhau Daji Lad Museum, who had originally submitted the dossier for Mumbai CST to UNESCO to get it listed as a World Heritage Site to former Railway Board Member VN Mathur who represented India in China at the UNESCO then and from the director of the Chhatrapati Shivaji Vaastu Sangrahalaya (The Prince of Wales Museum) Sabyasachi Mukherjee to former bureaucrat Sharad Kale, the director of Asiatic Society.

It was for the first time that all these veterans were on one platform, speaking on one common love the Victorian Gothic Mumbai CST railway station.

Tasneem Mehta spoke elaborately on how she, along with conservation architect Vikas Dilawari – who conducted a packed heritage walk on Day 1 of the week – had worked day and night to get the dossier of Mumbai CST ready for the UNESCO presentation twelve years ago. “We had a very short time and there was not enough data available. We caught hold of an old railway employee who guided us to the FW Stevens’ drawings of the building and that helped us a lot. We could just manage it within the given time,” she recalled.

Former Railway Board Member VN Mathur who represented India in China at the UNESCO said, “I was the secretary railway board and had to represent India at the UNESCO. I had never worked at Central Railway but the dossier helped me understand the station and fall in love with it. I came down to the station and studied it so as to understand it. It was a success as Mumbai CST had won the nomination. Today, 12 years after the event, I acknowledge and thank all those who worked hard to get this done,” Mathur said, adding that he was now writing a book on Indian Railway’s stations and their magnificent architecture.

“The British architects went wild when they came down to India and experimented with every possible style of architecture by building remarkable station buildings across India. There is need to appreciate, document and safeguard these for the future generations,” he added.

“I was surprised when the railways approached me and what would they want from a museum, but was glad to know that they are celebrating Mumbai CST. Millions commute to work here but no one really appreciates it. I am ready to extend all possible help from the museum,” said the director of the Chhatrapati Shivaji Vaastu Sangrahalaya (The Prince of Wales Museum) Sabyasachi Mukherjee. 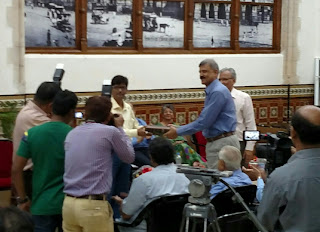 Director of Asiatic Society Sharad Kale spoke at length on how the train created awe among the local populace when it had first run in 1850s. Rajiv Mishra, the director of the directorate of Art also representing JJ School of Arts elaborated on how the students of JJ School of Arts had helped the construction of Mumbai CST building and got the architect FW Steven’s drawings into reality. , Dr Joan Dias, the director of Heras Institute at the St Xavier’s College Mumbai, also representing the Bombay Local History Society extended all possible help to document and conserve the Mumbai CST building.

At the end of the event, former Central Railway general manager Sunil Kumar Sood handed over a set of archives to Dr Dilip Balsekar as a token gesture stating that the Maharashtra State Archives would extend help in conserving the valuable archives at the Central Railway.

But all said and done this was for the first time ever that all these dignitaries from almost all the reputed and like-minded institutions of this city and state have been brought together for Mumbai CST, thanks to Additional General Manager AK Srivastava and Chief Public Relations Officer Narendra Patil whose sincere efforts need to be acknowledged.

I have been interacting with all the dignitaries individually and I can tell you that all of them have always had love and concern for the monument and I am sure this gathering will lead to a much better conservation of this stately building and also of the archival records which are not just important for the railways, but also for this city as a whole. Amen!