A 1928 vintage Narrow Gauge steam locomotive that once used to run on the 2 ft 6 in (762 mm) Barsi Light Railway (Miraj-Latur) arrived at Mumbai CSMT heritage gully near platform 18 on Tuesday. It has been manufactured by Nasmyth Wilson & Co, Patricroft, Manchester, UK. This is the second engine to arrive at the site, the first one being the first series of electric engine Sir Leslie Wilson that was brought from Kalyan here, besides other artefacts. 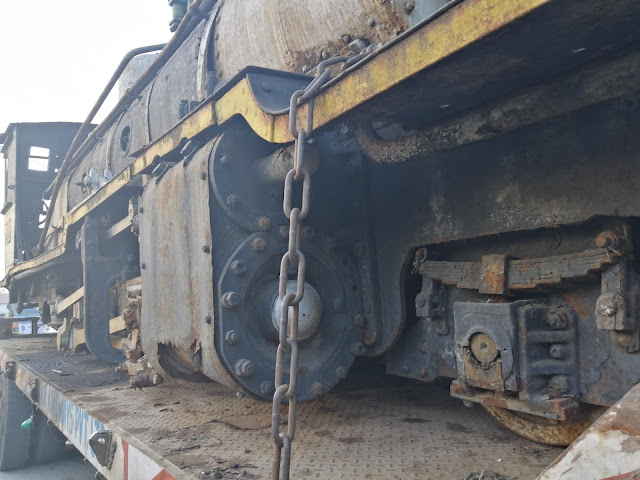 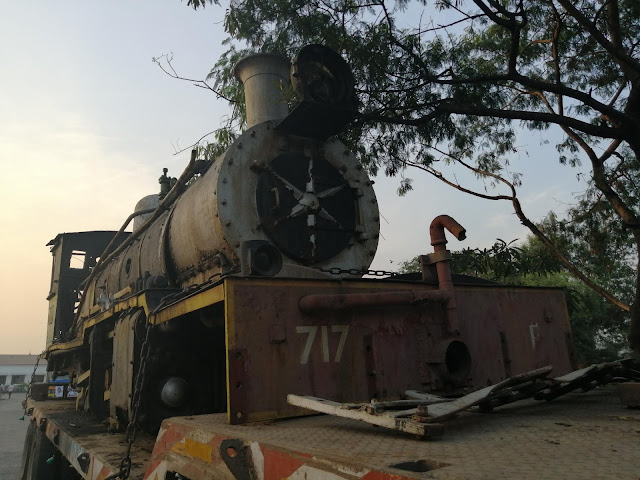 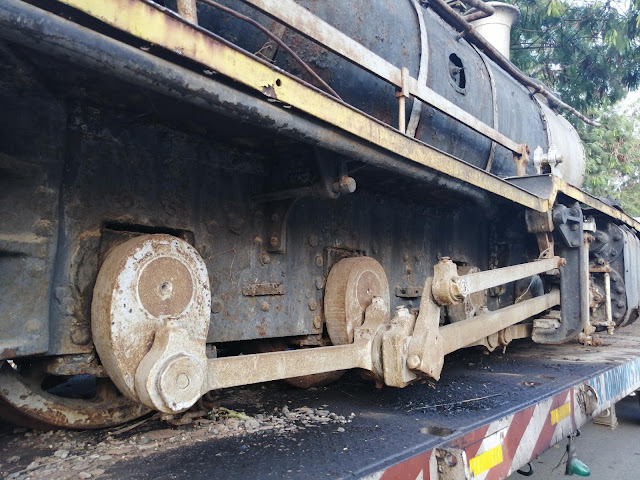 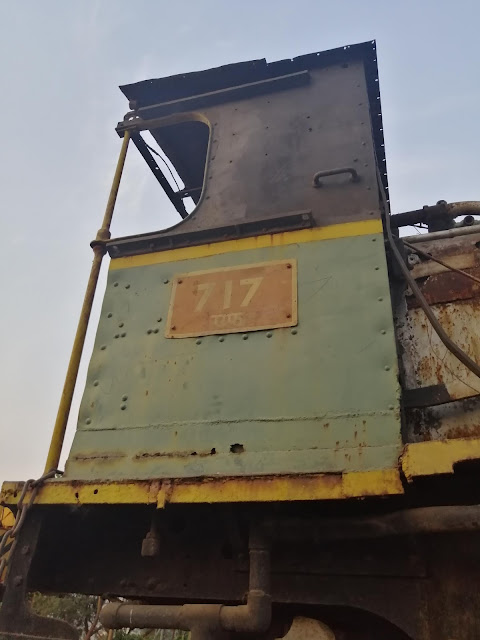 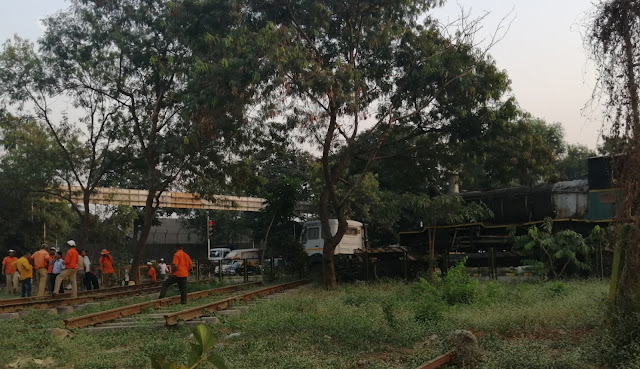 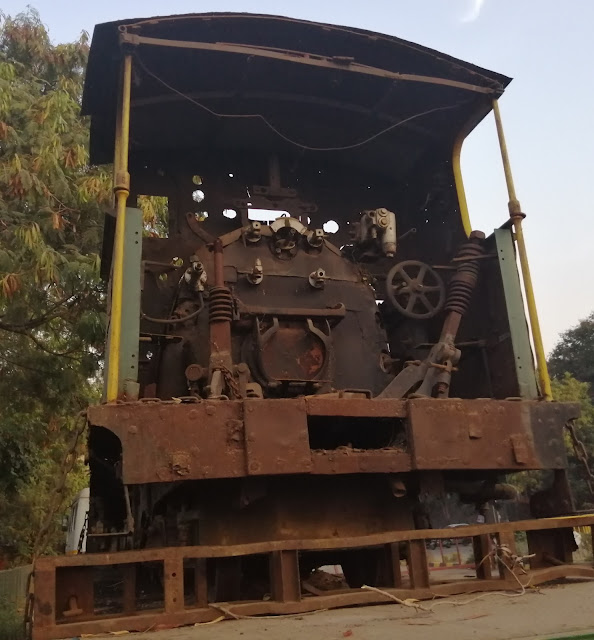 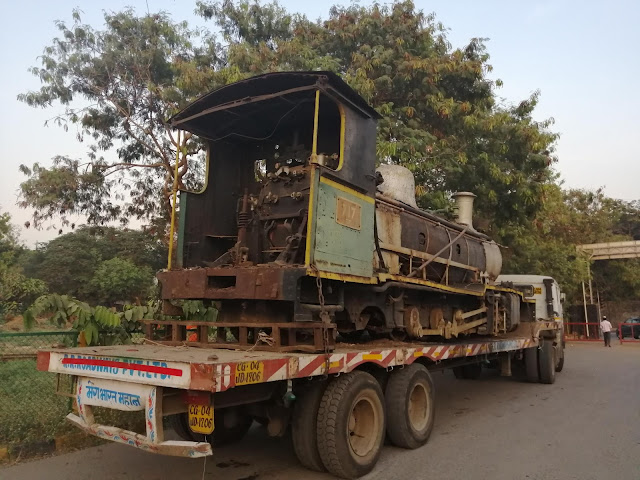 The legacy of Jackson and his railway bank 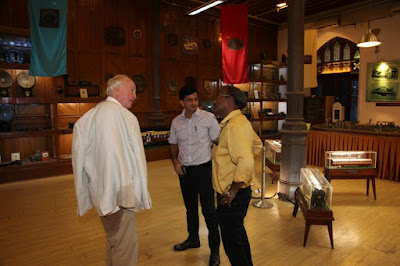 It was an honour and privilege to accompany Richard Campbell Jackson around the Churchgate heritage gallery and the WR GM bungalow 'Bombarci' as he was nostalgic about his birth city.

Richard is the grandson of Sir Ernest Jackson, the Agent or the General Manager of Bombay Baroda and Central India Railway, now Western Railway, back in 1925-1932 and founder of the Jackson Co-op Bank used by railwaymen today. 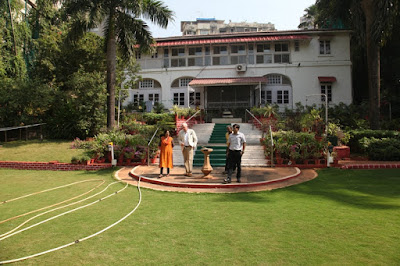 Sir Ernest was the one who started the Frontier Mail train to give tough competition to the GIP Railway's Punjab Limited.  It was during Sir Jackson's time that the Colaba station was shut and Mumbai Central station was built as it stands today. Also the time when the railway was first electrified.

His grandson Richard, born in the city is today 81, was about 9 years' old when he left Mumbai in 1947. My article on him and some pics.

Click HERE to read complete text of his visit. 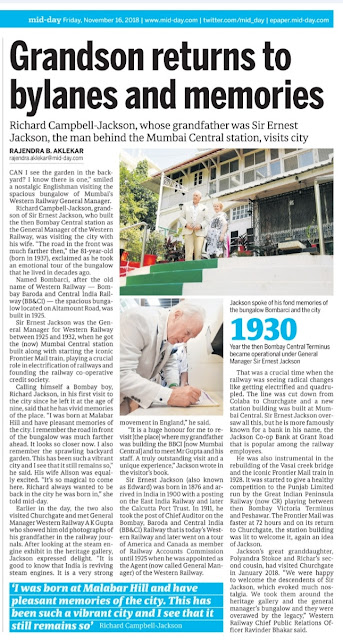 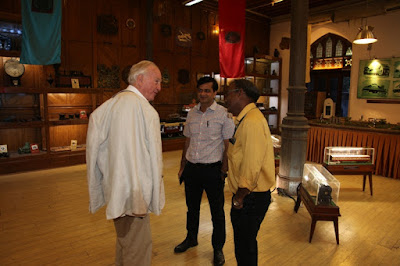 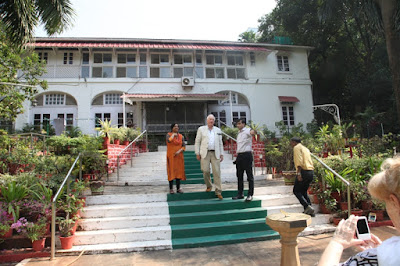 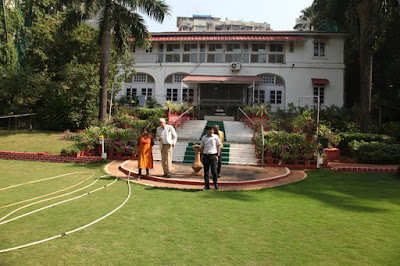 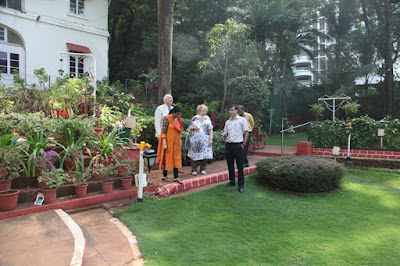 If the link did not open, you may read the entire article here:

CAN I see the garden in the backyard? I know there is one," smiled a nostalgic Englishman visiting the spacious bungalow of Mumbai's Western Railway General Manager. 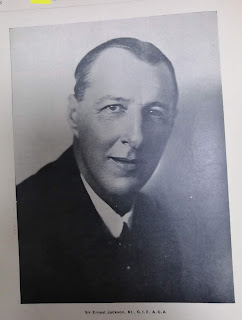 Richard Campbell-Jackson, grandson of Sir Ernest Jackson, who built the then Bombay Central station as the General Manager of the Western Railway, was visiting the city with his wife. "The road in the front was much farther then," the 81-year-old (born in 1937), exclaimed as he took an emotional tour of the bungalow that he lived in decades ago. Named Bombarci, after the old name of Western Railway - Bombay Baroda and Central India Railway (BB&CI) - the spacious bungalow located on Altamount Road, was built in 1925. Sir Ernest Jackson was the General Manager for Western Railway between 1925 and 1932, when he got the (now) Mumbai Central station built along with starting the iconic Frontier Mail train, playing a crucial role in electrification of railways and founding the railway co-operative credit society. 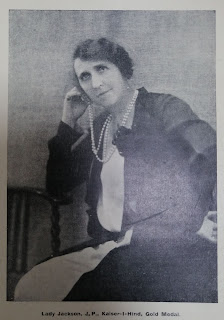 Calling himself a Bombay boy, Richard Jackson, in his first visit to the city since he left it at the age of nine, said that he has vivid memories of the place. "I was born at Malabar Hill and have pleasant memories of the city. I remember the road in front of the bungalow was much farther ahead. It looks so closer now. I also remember the sprawling backyard garden. This has been such a vibrant city and I see that it still remains so," he said. His wife Alison was equally excited. "It's so magical to come here. Richard always wanted to be back in the city he was born in," she told mid-day. Earlier in the day, the two also visited Churchgate and met General Manager Western Railway A K Gupta who showed him old photographs of his grandfather in the railway journals. After looking at the steam engine exhibit in the heritage gallery, Jackson expressed delight. "It is good to know that India is reviving steam engines. It is a very strong movement in England," he said.

"It is a huge honour for me to revisit [the place] where my grandfather was building the BBCI [now Mumbai Central] and to meet Mr Gupta and his staff. A truly outstanding visit and a unique experience," Jackson wrote in the visitor's book.

Sir Ernest Jackson (also known as Edward) was born in 1876 and arrived in India in 1900 with a posting on the East India Railway and later the Calcutta Port Trust. In 1911, he took the post of Chief Auditor on the Bombay, Baroda and Central India (BB&CI) Railway that is today's Western Railway and later went on a tour of America and Canada as member of Railway Accounts Commission until 1925 when he was appointed as the Agent (now called General Manager) of the Western Railway.

That was a crucial time when the railway was seeing radical changes like getting electrified and quadrupled. The line was cut down from Colaba to Churchgate and a new station building was built at Mumbai Central. Sir Ernest Jackson oversaw all this, but he is more famously known for a bank in his name, the Jackson Co-op Bank at Grant Road that is popular among the railway employees.

He was also instrumental in the rebuilding of the Vasai creek bridge and the iconic Frontier Mail train in 1928. It was started to give a healthy competition to the Punjab Limited run by the Great Indian Peninsula Railway (now CR) playing between then Bombay Victoria Terminus and Peshawar. The Frontier Mail was faster at 72 hours and on its return to Churchgate, the station building was lit to welcome it, again an idea of Jackson.

Jackson’s great granddaughter, Polyandra Stokoe and Richard's second cousin, had visited Churchgate in January 2018. "We were happy to welcome the descendents of Sir Jackson, which evoked much nostalgia. We took them around the heritage gallery and the general manager's bungalow and they were overawed by the legacy," Western Railway Chief Public Relations Officer Ravinder Bhakar said.

rajendraa (@) gmail.com
Posted by Rajendra B. Aklekar No comments: Links to this post